It’s incredibly liberating and reaffirming to work for yourself. Your hours, your direction, and your ambition are all on your terms. You hold the power to move your life however you want to! With all that freedom, though, comes a heightened level of responsibility. As a solo entrepreneur, you become responsible for making all the choices that make you a living. At MyWorks, we know just how daunting and time-consuming it can be to handle all of your responsibilities without any help. Our integration helps you sync your WooCommerce store with your QuickBooks accounting software, so there’s one less thing you have to worry about as you carve out your path. We sat down with Todd Marsh, the owner of Home Microgreens, to talk about how MyWorks helped him handle all the responsibilities associated with running his own business.

About the eCommerce Business Marsh started Home Microgreens as a subsidiary business in Syracuse, New York, about three years ago. “I do a variety of things,” he says, “I’m a geologist, so I do some consulting.” Since the business started, Home Microgreens has grown to constitute “the majority of Marsh’s business.” Home Microgreens “sells microgreen seeds and microgreen kits and such,” and also provides consumers with education and resources that help their microgreen cultivations thrive. “It started as a hobby,” Marsh says, “then I always added on to the hobby and saw what else I could do.” When we asked him what spurred him on to monetize this hobby, he tells us that when he started, “there was a whole bunch of stuff on the internet about commercial microgreen sales, so selling microgreens for profits. There really wasn’t much for the homeowner, or the person who just wanted to grow them for home use.” Marsh “saw the niche and started the website that way.” From there, Marsh thought that “he might as well sell the seeds and the kits and things like that.” He started his WooCommerce store, and Home Microgreens has been growing, both literally and figuratively, ever since.

Marsh recalls the process of setting up his WooCommerce store as “really not bad at all.” His most considerable difficulty was “finding a theme that he liked.” Alongside his WooCommerce store, Marsh was using QuickBooks accounting software. For every order, he would need to enter the data into his accounting software manually. “I was spending a lot of time manually entering orders. A lot of it was just busywork,” he tells us, “ so I was spending hours a week doing it.” As his business started to gain traction, he became stressed out with filling out orders by himself. In 2019, “orders started picking up around the Thanksgiving and Christmas seasons, and they just made me feel overwhelmed. This business is just myself, and I don’t have time to mess with the little details.” About a year ago, Home Microgreens moved over to syncing their eCommerce store data to their accounting software with MyWorks, and it’s helped save Marsh a lot of time. “It’s one of those things you just don’t know until you know,” he laughs.

At first, Marsh was hesitant to use MyWorks because of the cost. “At the time, I had some sales, but I wasn’t doing that much. It was just a matter of sitting there and manually transferring things over to QuickBooks,” Marsh observes. “But then, obviously, once you get more and more sales, it just becomes more of a hassle.” After realizing that running the accounting and data entry side of Home Microgreens was becoming “repetitive and time-consuming,” Marsh thinks that using MyWorks sync is “definitely well worth the investment.” 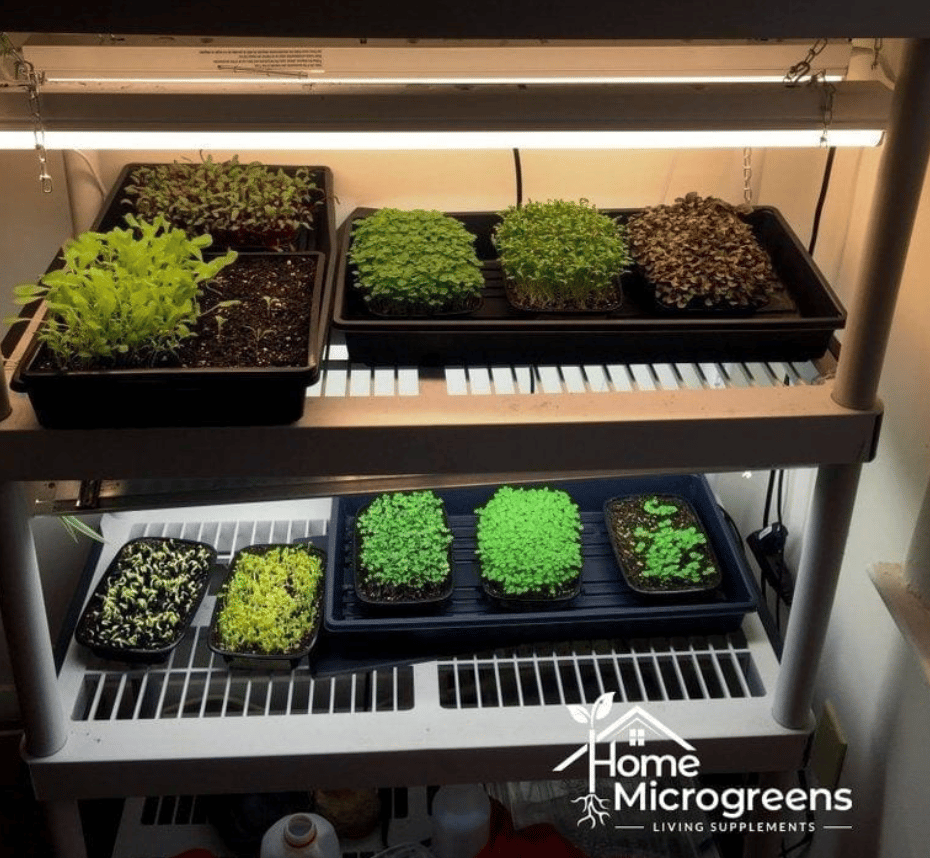 “Your software just saves me so much time,” Marsh says. “What I really like about it is that it’s just no effort. It works in the background, and I don’t even have to think about it. There are no problems at all,” he says, “it’s pretty seamless.” Another aspect of MyWorks that’s working for Home Microgreens is how efficiently the integration gathers detailed data. “My market is sorta competitive. People either buy by price, or they buy by brand,” says Marsh. “I kinda like the data coming in.” Marsh knows how critical accurate sales data can be to the Home Microgreens bottom line, and “MyWorks just makes collecting that data so much easier.”

Home Microgreens has a wholesome and straightforward purpose. In the words of the company’s founder and owner:

“Fresh food is better than food from the grocery store. Microgreens have a lot of nutrients, and they’re very easy to grow in a small space in your home. There’s no reason more people shouldn’t be growing them.”

The MyWorks Team believes this message should be spread by the people who know it best. Data entry shouldn’t be the number one priority of a small business owner trying to make a difference. We want to take care of it for you to use your time to bring your message to the world. Feel free to schedule a demo with us to see how MyWorks can free up your time to create something meaningful.